The incumbent JB Pritzker points to his support for abortion rights and experience balancing the state’s finances, while challenger Darren Bailey says the state’s safety and economy are a mess. A libertarian is also on the ballot.

But it may have felt much longer to voters, who were presented with months of negative pitches from two candidates with radically different outlooks on the future of Illinois.

The 19-week tangle between Democratic Gov. JB Pritzker and Republican state Sen. Darren Bailey was shaped by fights over abortion, political extremism, crime and the economy. Insults flew from the onset.

Pritzker described Bailey as a “threat to democracy.”

Bailey accused Pritzker of preparing to “unleash the purge in neighborhoods all across Illinois” because of his enactment of a law ending cash bail.

Yet, for much of the fall, it appeared the campaign was the billionaire governor’s to lose. Pritzker had a bottomless campaign fund and polls showed him leading Bailey by double digits.

But elections can be surprising.

Working to Bailey’s advantage right now are national midterm political winds that appear to be blowing at the back of Republicans.

The spending disparities between Pritzker and Bailey in the fall campaign have been many times greater.

Between July and September, state campaign filings showed Pritzker outspent Bailey 38 to 1, enabling the governor to get an early jump on defining his GOP rival with ads that began in mid-July. By contrast, Bailey couldn’t afford to air his first general election campaign ad until roughly four weeks ago.

Voters may not have noticed the lack of Bailey’s own ads — that’s thanks to the billionaire GOP mega donor, Dick Uihlein, who invested nearly $34 million post-primary in a political committee called People Who Play By The Rules PAC. Since the primary, the committee paid more than $17 million for television ads attacking Pritzker, focused on Chicago and the state’s crime problems.

One of those ads was dubbed “The Scream,” which showed doorbell camera footage of a Chicago woman being jumped by multiple attackers.

And with the primary held roughly three months later than in the past because of redistricting, Bailey needed to hit the ground running.

Instead, Pritzker kept him on the run.

Pritzker’s campaign has zeroed in on Bailey’s rigid opposition to abortion rights, his gaffe about wanting to “move on” after the Highland Park mass shooting and his unapologetic adoration of former President Donald Trump despite his stolen-election lies and role in ginning up the Jan. 6 insurrection.

Yet, those may not be the top issues on the minds of Illinois voters.

Polling by WBEZ and the Chicago Sun-Times found that jobs and the economy and crime and public safety are this year’s top issues in Illinois.

Those concerns appear to resonate in the all-important collar counties, where statewide elections often are won or lost and where more than one-quarter of the state’s electorate lived in 2018.

Last month’s WBEZ/Sun-Times poll identified potentially worrisome signs for Pritzker in the collar counties, which will be a place to watch tonight as votes are tallied.

While the governor led Bailey 43%-40% there, it was a virtual dead heat when the poll’s margin of error was taken into account. And 54% of collar county respondents viewed Pritzker unfavorably, a single percentage point worse than President Biden’s standing. That was also worse than Bailey’s unfavorables in the collar counties, which stood at 48%.

Four years ago, Pritzker nearly ran the table in suburban Chicago by winning all of the collar counties except for McHenry County. It marked the first time DuPage County had voted Democratic in a governor’s race since 1932 and the first time Kane County voted blue since at least 1924.

Biden’s 2020 election was fueled, in part, by strong showings in the suburbs across the country, including Illinois. But his historically bad standing with voters has blocked Pritzker from using the president as a campaign surrogate. Biden made two appearances in suburban Chicago this past weekend, but Pritzker was at neither event.

“It’s never been more important to get out to vote because Donald Trump’s puppet, Darren Bailey, well, he wants to take us backward,” Pritzker told the rally in Washington Park.

No gubernatorial candidate since at least 1924 had a larger plurality of votes in Cook County than Pritzker did in 2018, and a successful Pritzker reelection banks on similar results this go-around in a politically less favorable climate.

For Bailey, his hopes rest on hitting a political trifecta: winning over suburban voters, overwhelmingly running up the score downstate and persuading enough Chicagoans not to take his criticism of the city personally. To win statewide, Republican candidates in the past have captured more than 20% of the voter support in Chicago.

Bailey’s weekend itinerary included a rally at Daley Plaza, and Monday was a day devoted to more campaigning in northern Illinois.

“Are you better off today than you were four years ago?” Bailey asked Sunday on Facebook. “I’m not running across very many people who resoundingly say, ‘Yes, we’re better off.’ Friends, we’re in a mess.”

Libertarian Scott Schluter is also on the ballot. 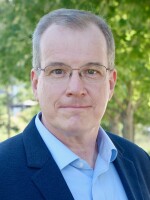