Former Gov. Dan Walker: In His Own Words 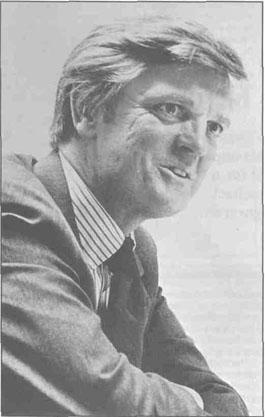 Former Illinois Governor Dan Walker died early Wednesday at his home in Calfiornia.   He was 92.  His son confirmed the news to the Associated Press.

Walker served only one term as governor, from 1973-1977.  But he left his mark on Illinois politics.  His decision to walk the state in 1971 lifted him to the Democratic nomination.  But he battled with his own party, including the Chicago Mayor Richard J. Daley. The infighting led to his defeat in the next primary and set the stage for Republicans to control the Governor's Mansion for a quarter century.

Walker later did prison time for bank fraud in the 1980's, unrelated to his time in politics.

He talked about his career and his incarceration in 2007. On a tour for his autobiography "The Maverick And The Machine", he visited with WUIS' Sean Crawford and Rich Bradley in Springfield.

Walker is survived by his wife and 7 children.

This week's inauguration of Illinois Gov. Bruce Rauner marks a change in leadership for lawmakers and employees at state agencies. But it's also a big transition for people who will deal with the new governor in a very different capacity over the next four years: political cartoonists.

You know how your home might be in one legislative district - but your neighbors across the street might be in another?

A group called Independent Maps wants to change that.

Now, he's heading Independent Maps because he says the process is not fair.

"Our aim is to have our state’s redistricting process produce Illinois House and Senate districts drawn without regard to partisanship or incumbency."