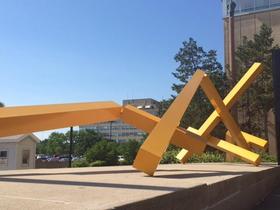 Money is still being raised to help run the Illinois State Museum in Springfield - even though its doors have been closed to the public for three months. A not-for-profit that deals with grants and private donations continues to solicit, sending out pleas for donations in the mail.

Listen
Listening...
/
Listen to the interview

The chair of the board, Guerry Suggs says its mostly union employees still on the job. “We have now obviously more time to do curation work because we don’t have to deal with the public. So the museum’s collections are in fact being maintained," explains Suggs.

The museum and its other facilities, like Dickson Mounds, closed in September as a result of the state’s budget stalemate. Republican Governor Bruce Rauner says the closure was necessary to save the $5 million annual cost of keeping it open. Suggs says he is "hopeful" the museum will re-open when a budget is put in place. As for if he has heard anyone who is not a politician say that closing the museum was a good idea? "No. No. I can answer that one real easily. No one has been able to figure out  why - obviously we are a pawn in this battle that is going on for the budget."
Copyright 2016 WUIS-FM. To see more, visit WUIS-FM.

A month and a half after the Illinois State Museum shut its doors to visitors, lawmakers Tuesday passed a measure that could lead to its reopening.

The Illinois State Museum and its affiliated sites shut their doors to visitors at the end of September. Advocates have mourned the loss of the Springfield-based museum, which also hosts researchers and preserves millions of artifacts, from mastodon skeletons to Native American relics.

The Illinois State Museum is in danger of losing is accreditation, and Governor Bruce Rauner's administration said there is no way to know whether the museum will ever reopen.

If you've been meaning to visit the Illinois State Museum in Springfield, the Dickson Mounds Museum in Fulton County, or museum shops in Lockport and Chicago -- you have just one month left to do so.