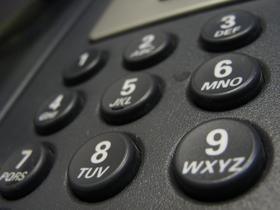 Since the Illinois Supreme Court struck down the state's eavesdropping law in March, it's been legal to record audio of someone without asking permission. But legislators are working on a replacement.

The Supreme Court found the old law overly broad. It was a crime even to record in public, where people shouldn't really have an expectation of privacy. Because of that, Illinois' law was considered one of the strictest in the nation.

Ed Yohnka, with the Illinois Chapter of the American Civil Liberties Union, says he wishes the court hadn't struck down the entire law, but sees this as an opportunity for a clean slate. Yohnka says the ACLU wants...

"The continuation of all-party consent, which people in Illinois have really grown accustomed to, but also a bill that would recognize the evolving and changing dynamics of modern technology," he said.

In other words, the law ought to reflect an era in which smart phones mean we can all record audio just about anywhere.

Sen. Kwame Raoul (D-Chicago) says truly private conversations ought to still be protected. Raoul is the architect of new legislation to replace the old law.

"Right now we have a gaping hole in terms of our public policy as to how we protect such conversations," he said. "There's nothing in state law that protects the invasion of such privacy."

The measure passed the Senate on the last day of the legislature's spring session, but did not get a vote in the House. Raoul says he thinks the measure has a good chance of passing during the fall veto session.

The panelists discuss a US Supreme Court ruling on whether people can record Illinois police officers performing their duties in public.

The AP reports the high court went along with a lower court ruling that found the state’s anti-eavesdropping law violates free speech rights when used against people who make audio recordings of law enforcement officers.