Guns, hemp, and stalking are among the themes of the more than 250 new Illinois laws signed by Governor Bruce Rauner that took effect on New Year’s Day.

We took a look at some of the biggest changes to come out of Springfield in the past year, and how they'll affect life in the Prairie State in 2019.

Last February, a gunman opened fire on students and teachers at a high school in Parkland, Florida, killing 17 before being apprehended by police. The attack came just a few months after another gunman killed nearly 60 people at a country music festival in Las Vegas. As the shock waves reverberated throughout the country, Illinois state lawmakers filed a flurry of bills to address what many called an “epidemic of gun violence.”

While many didn’t have enough support to make it out of the statehouse, both Republicans and Democrats came together on a few changes that are now state law. 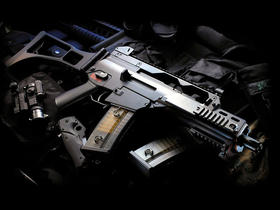 Among those is Senate Bill 3256, which became PA-100-0606. It puts a 72 Hour waiting period in place on all gun purchases in Illinois. Before, only handgun purchases had been subject to that long of a wait, commonly known as a “cooling off” period.

State Rep. Jonathan Carroll, a Democrat from Northbrook, was the bill’s House sponsor. He says heat-of-the-moment purchases can lead to gun violence. With the uptick in gun crimes committed with rifles like the AR-15, Carroll says a longer waiting period was needed to try and stop those crimes before they happen.

“That way people, if they’re gonna make a purchase, have time to think about potential catastrophes that could happen,” he explained. “Data shows us that actually, that kind of waiting period does cut down on those types of shootings.”

Another is aimed at getting guns out of the hands of dangerous people, whether they purchase them or not. State Rep. Kathleen Willis sponsored House Bill 2354, known as the new Lethal Order of Protection law, PA-100-0607. It allows police, family members, or friends of a violent person to ask a court to take away his or her guns for up to six months if they pose “an immediate and present danger“ to themselves or others.

"Somebody who shoots themselves or does mass shootings has some kind of mental health crisis going on...so this is something that allows people to be proactive,” she said.

Groups like the NRA and even some Republican state lawmakers were concerned the measure was a government overreach. Willis says she worked with them before the bill became law.

“It’s a temporary order, there is due process in it. We worked with them to make sure we had all the checks and balances in there so it would not be abused.”

Those “checks and balances” are in the form of sworn affidavits. Under the new law, anyone who wants one of these types of restraining orders has to first swear to a court that they’re telling the truth about a person, and would be punished if they lie.

Michigan became the first Midwestern state to legalize recreational marijuana, after voters there gave the idea a thumbs-up in the November election. It’s widely believed Illinois could be next, as both the newly elected Democratic super-majority and Governor-elect J.B. Pritzker see legalized pot as a potential source of new tax revenue for the state.

While it may still be awhile before you can toke legally in Illinois, a few other marijuana-related measures are now on the books. One of those was Senate Bill 2298, a long-sought measure to legalize industrial hemp, which passed with wide bipartisan support and became PA-100-1091 in late August. 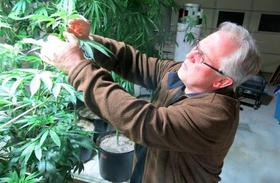 Hemp isn’t the kind of plant you can smoke, though. It’s a derivative of cannabis and contains almost none of the mind-altering chemical THC found in recreational marijuana. The plant’s fibers are better suited for use in products like clothing and rope. Farmers across the nation widely grew the plant until a federal tax in 1937 all but put the industry out of business.

Since attitudes toward cannabis have been changing in recent years, Democratic State Sen. Toi Hutchinson, the measure’s Senate sponsor, saw it as a chance to get Illinois farmers in on what she describes is a growing industry.

“There’s so many benefits and there’s so many different things that the hemp material can be used to do,” she said. “We want to grow to the point where that is as big a cash crop here in the state as any of our other main exports are. We have some incredible potential with this.”

Though the bill passed late last summer, Illinois’ Department of Natural Resources is still finalizing the specific rules farmers will have to follow to legally put hemp in the ground. Hutchinson says things like seed distribution and crop amounts will have to be regulated so farmers don’t cross paths with federal law enforcement. Department of Agriculture spokeswoman Denise Albert says the rules are set to be submitted to the state legislature’s rule-making body “at any time.”

A leading cause of hunting accidents is accidentaly shooting a person, instead of an animal, because you can’t see them. It’s why you have to wear a certain amount of bright orange if you go hunting. But House Bill 4231, now PA-100-0949, will now allow hunters to don pink hunting gear as well. 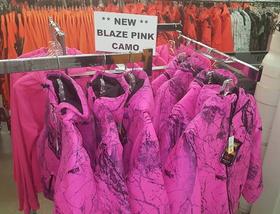 State Sen. Neil Anderson, a Republican from Andalusia, says studies have shown pink can be seen more easily by hunters, but not their game.

“Some scientists believe that deer cannot see pink. So, it works in a lot of ways...I can [also] speak from experience with my six-year-old daughter, who loves the idea of being able to wear pink instead of orange.”

Anderson says big box stores like Dick’s Sporting Goods are taking in shipments of pink hunting gear, and that others may soon follow. Hunters will still have to wear at least 400 square inches of orange or pink, and must also wear a hat.

House Bill 4377 brings changes to the way parents will legally be able to transport their children. The new law, PA-100-0672, requires kids under age 2 to be in a rear-facing seat while in the car. It’s aimed at keeping kids safe in the event of a car crash, where a 2007 study found children are far less likely to be injured or killed if facing the rear of the vehicle than in any other form of car seat. In a rear-facing seat, the American Academy of Pediatrics says young children have better upper body support and receive better protection from the force of a collision.

“Car crashes remain the leading cause of death for children under the age of 13,” Democratic state Senator Michael Hastings stated in a press release.”It is absolutely imperative that we do whatever we can as lawmakers to save lives.”

Senate Bill 3411 ups the ante on what can be considered stalking. Under the new law, PA-100-1000, unwanted messages sent to a victim over social media now qualify.

In Illinois, it’s a Class 4 felony to obsess over another person to the point where that other person fears for their safety. A guilty offender receives a minimum one year prison sentence on a stalking charge alone. Adams County Assistant State’s Attorney Laura Keck told the Quincy Herald-Whig while her office rarely prosecutes an actual stalking case, numerous no-contact order violations stream into the office each year.

The new law also allows institutions like schools, churches, and businesses to file orders of protection. It's part of a response to the number of mass shootings perpetrated in the last year.

Ed Wojcicki – head of the Illinois Chiefs of Police – says after tragedies like mass shootings, people often realize there were signals that the shooter was a threat.

“So it's the institution that goes on record as saying, you know, we better we got to watch out for this guy,” he said.

Senate Bill 3404 is an attempt to foster a supportive environment for college students who are survivors of sexual assault. A factor that has discouraged some survivors from reporting is whether or not they’ll be prosecuted for any illegal substances that were in their system at the time of their assault.

The new law, PA-100-1087, now offers that legal protection. The law also requires hospitals to provide a evidence kit, commonly referred to as a “rape kit,” and access to a shower at no cost. Survivors will also be able to request a free police report, and will now have up to ten years to give any testing kit they receive at the hospital to law enforcement.

A pair of new laws take aim at long-standing problems students have faced with dual-credit courses.

“It’s the state’s duty to keep college costs affordable and work together in a bipartisan manner to help ensure our students are successful,” she said in a press release.

Meanwhile Senate Bill 2527, now PA-100-0792, prohibits a school board from capping the number of courses or credits a student can earn via dual-credit.

Thwarting the international elephant and rhinoceros poaching industry is the aim of House Bill 4843. The illegal trade is estimated to be worth $20 billion annually, according to the Animal Welfare Institute. Illinois is now one of nine states that has entirely banned ivory sales, as African elephant and rhinoceros populations continue to dwindle. 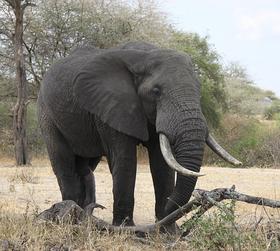 State lawmakers saw Illinois, with its proximity to Lake Michigan ports and extensive highway network, as a potentially key area through which illegal ivory shipments can be shipped. Data from the U.S. Fish and Wildlife Service showed some 1,000 shipments of ivory were processed at Chicago ports between 2010 and 2015, though many were turned away.

Though raw ivory is banned, PA-100-0857 does exclude instruments like pianos with ivory keys if they’re of a certain age, as well as antique firearms. Any ivory present in those items must make up no more than a quarter of the total rifle or instrument. 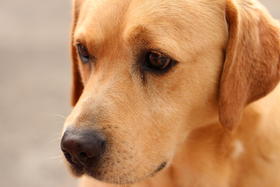 State lawmakers took a swing at animal cruelty by turning Senate Bill 2270 into PA-100-0740. It allows police to temporarily take a dog or cat out of an extremely hot or cold environment, such as in a car. PETA reports animals left for too long in a hot car can lead to brain damage and, in some situations, even death in under 15 minutes. It’s already a misdemeanor to leave your pet in an extreme environment, but state law now gives law enforcement the “green light” to intervene if they have probable cause.

The police then must try to contact the owner, or leave information for where the pet can be found once the owner is reached. Any costs of nursing the pet back to health will fall to owners. 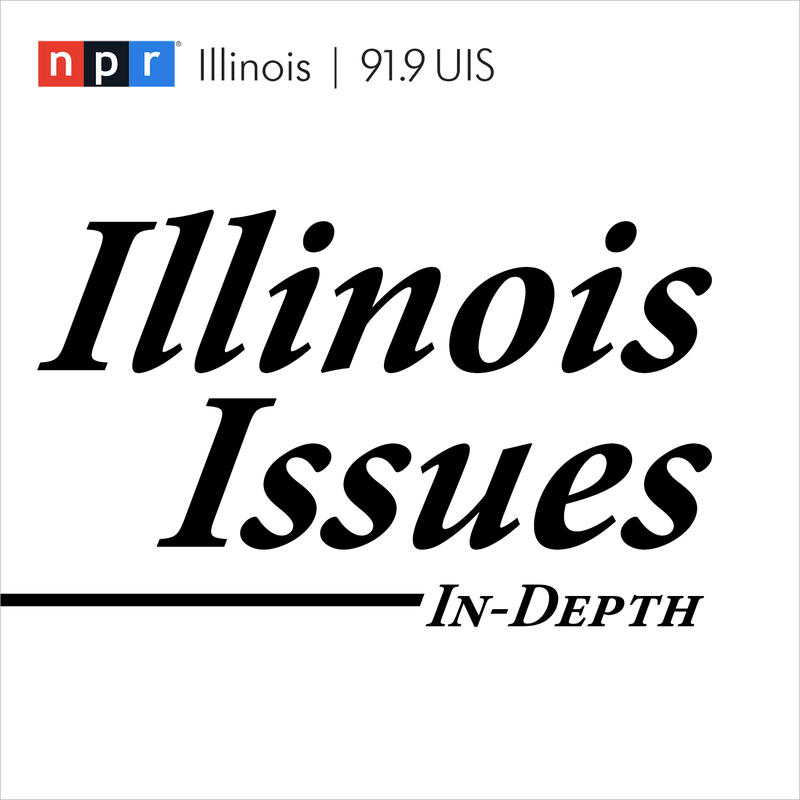 Schools, Churches and Other Targets Of Shootings Can Now Seek Restraining Orders

State lawmakers have changed rules about stalking. The new law was part of a response to the mass shooting at a Florida high school earlier this year.

Previously, only a person who is being harassed or stalked can file for an order of protection. Under the order, a judge can prohibit the harasser from getting within a certain distance of the victim.

In the hopes of preventing violence, a law that takes effect Jan. 1 will allow churches, schools or workplaces to ask for similar protections.

The ongoing series of mass shootings across the country prompted Illinois lawmakers to pass a number of measures in 2018 aimed at preventing such tragedies. One of those is taking effect on January 1st.

Pink Is The New Orange For Hunters In Illinois

As summer comes to a close, Illinois residents are getting closer to deer hunting season and a new law recently signed by Gov. Bruce Rauner is intended to improve safety by adding a new color to hunters' wardrobes.