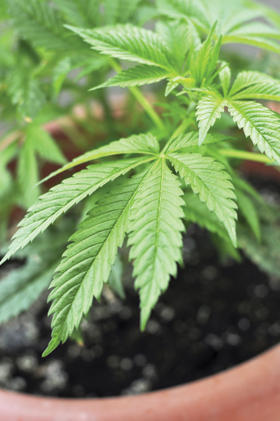 The Illinois Senate has voted to reduce the penalties for carrying small amounts of marijuana. The legislation would make possession a ticketable offense, rather than one requiring jail time.

The sponsor, Democratic Sen. Michael Noland, says it would save the state money.

"I'm really looking forward to taking the $29 million a year that we're going to save on prosecuting these cases and actually using it for drug treatment for harder drugs," Noland said.

Under current law, someone with 10 grams or more can be charged with a felony after the first offense. House Bill 218 would change that to make possession of less than 15 grams a ticket with a $125 fine.

"To the young people up here in the gallery, we're sending a message that it's ok," Bivins said. "So I guarantee you as you go down this path, what you allow, you will get more of."

The measure would also establish a limit for using marijuana while driving. Police officers would be able to test drivers as they do now with blood alcohol tests.

The legislation has passed both the House and Senate, but needs the governor’s approval to become law.

As Illinois lawmakers grapple with a budget shortfall, a measure to impose a tax on millionaires' income came up short.

Adding a surcharge to income over a million dollars to raise more money for Illinois schools was a concept Democratic House Speaker Michael Madigan introduced last year, but there wasn't enough support.

Now, as Illinois faces a $6 billion budget gap, he's brought it back.

"We're simply asking those that have done well in life to help our educational system," Madigan said.

But his effort came up short, by three votes.

This Way To Exit: Budget, Or Turnaround

By the end of this month, Illinois legislators are slated to be done with their work. That means passing a new budget. Amanda Vinicky checks in with how that's progressing -- including in the eyes of the state's new governor.