The water we drink is protected by federal rules, which are at the crux of a long-running fight over how far upstream that protection extends.

Under the Waters of the United States rule, which took effect in 2015 under the Obama administration, ponds, wetlands and creeks that only sometimes flow into the larger water system received federal protection.

But the Environmental Protection Agency under the Trump administration wants to exclude millions of acres of those wetlands and thousands of miles of streams. Streams that only run after rain storms would no longer be federally protected, and neither would about half the nation’s wetlands or any of the groundwater. Roadside ditches also are out.

The debate came to a head at the end of February in Kansas City, Kansas, at the only public hearing on the Trump administration’s proposed rules.

“The old rule was just regulating way too much,” Roderick said there. “It wasn’t regulating the types of things that were traditionally regulated under the clean water act.”

The proposed changes would be good for business, according to Ryan Fisher, Principal Deputy Assistant Secretary of the Army for Civil Works. He oversees the Army Corps of Engineers’ water program.

“We are certainly looking to balance protecting federal waters, with the need to support national economic interests,” Ryan said.

Groups representing miners, oil and gas producers, farmers and construction companies also support the rollback, because it would lift federal oversight from vast swaths of land. And engineers who run rural public water systems like, it too, because it would strip a lot of the expense and hassle out of damming some streams. 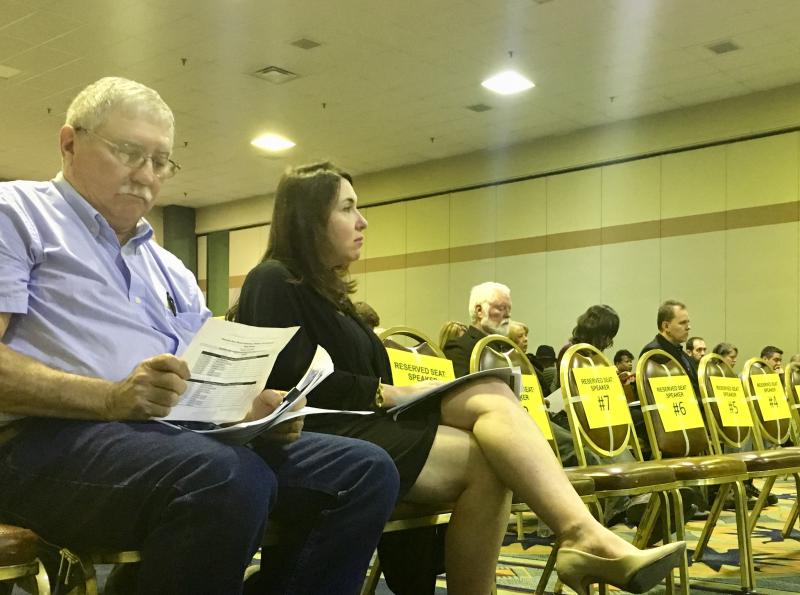 But Geoff Grisler with the Southern Environmental Law Center testified that profit — not science — is driving the rule change.

“This is about making it easier for heavily polluting industries to contaminate our waterways, to fill in streams and wetlands, and pass their cost, and the responsibility for their pollution, to all of us who live downstream,” Grisler said.

He argued that, under the proposed rules, a lot of people may end up drinking more tainted water or paying higher water bills to have it cleaned.

Matt Stahman, who farms west of Houston, told Harvest Public Media that he’s watched wetlands disappear in his area for nearly 50 years. And when Hurricane Harvey ravaged Texas in 2017, he saw water that might have been absorbed upstream pool in Houston, contributing to catastrophic flooding.

And while the science showing that upstream pollution tends to wind up downstream is pretty basic (think about the water cycle you learned in grade school), this isn’t really about science. It’s a legal question.

The public comment period ends April 15, and the government can impose the changes sometime after that. Environmentalists and upstream business interests have been litigating the scope of the Clean Water Act since it passed in 1972, and it’s likely that cycle won’t be disrupted.

Frank Morris is a senior editor for KCUR 89.3 and a frequent contributor to NPR. Follow him on Twitter: @franknewsman

As Electric Cars Shift Into Mainstream, The Corn Belt Begins To Ponder A Post-Ethanol Future

At Hummel’s Nissan in Des Moines, Kevin Caldwell sells the all-electric Leaf. Driving one is basically the same as driving a typical gasoline or gas-electric hybrid car, he said, except for a few new features like the semi-autonomous hands-free option. And the fact that you plug it in rather than pumping gas into it.

About a quarter to a third of Caldwell’s Leaf customers are farmers, some of whom grow corn for ethanol.

Rural hospitals aren’t just providers of medicine and health care, but also are often major employers and a massive part of a town’s tax base. However, mounting challenges are forcing these hospitals to merge and close in droves.

A proposal that would jumpstart the chicken business in one Midwestern state has some residents concerned about the potential impact on the environment. They're trying to block or delay its construction.