Union workers protested in Springfield yesterday against what they call unfair proposals from Governor Bruce Rauner. 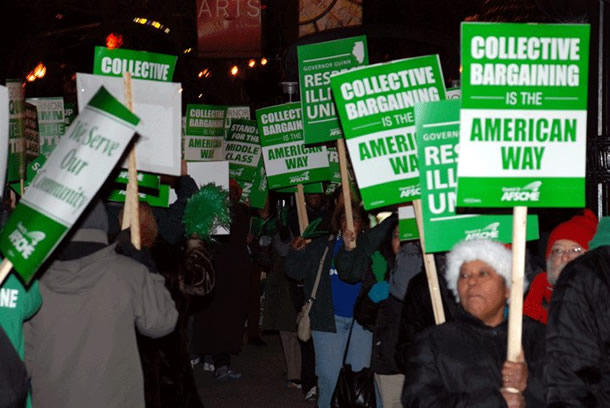 After six months of negotiating, state workers and the administration have yet to reach an agreement for contracts, which end June 30th.

"We do not want a strike,” Jennifer Desulis, a union member who works for the Illinois Department of Revenue, said. “We want everybody to have a resolution. We want a fair contract. We want services to continue on for the whole community, for the whole state."

AFSCME is the state's largest public employee union. Frank Prohaska, who works for AFSCME, says it's time for a compromise.

Rauner says he's concerned with the cost unions have on taxpayers.

Union workers have events planned throughout the week.