For Staying Power, CSAs Could Use A Niche Product

U.S. consumers’ hunger for fresh, local and organic foods has fed a marketplace that’s so big, little guys are — once again — having to evolve and specialize.

It’s especially true with community-supported agriculture programs (CSAs), which had been growing for years, but are starting to wane in the face of the rise of meal-kit companies and an oversaturated market.

“Maybe five years ago, a lot of CSAs were popping up left and right,” according to Guillermo Payet, president of a database for CSAs and farmers markets called Local Harvest. “We were having like 600 CSAs added per year.”

But he says that’s over: “So, even though we list 7,100 right now … We do know that a lot of CSAs are actually ceasing operations this year. I’m not really sure if it’s a 5 percent or a 10 percent, but it’s considerable.”

But even those meal-kit companies, such as Blue Apron and Hello Fresh, are struggling. Blue Apron, in particular, is having problems retaining customers and is even looking to find a footing in grocery stores to boost its profits.

What sets CSAs apart, Payet said, is the ability to create a community, provide a convenience and, crucially, offer something unique.

And that’s where Alaskan salmon comes in. 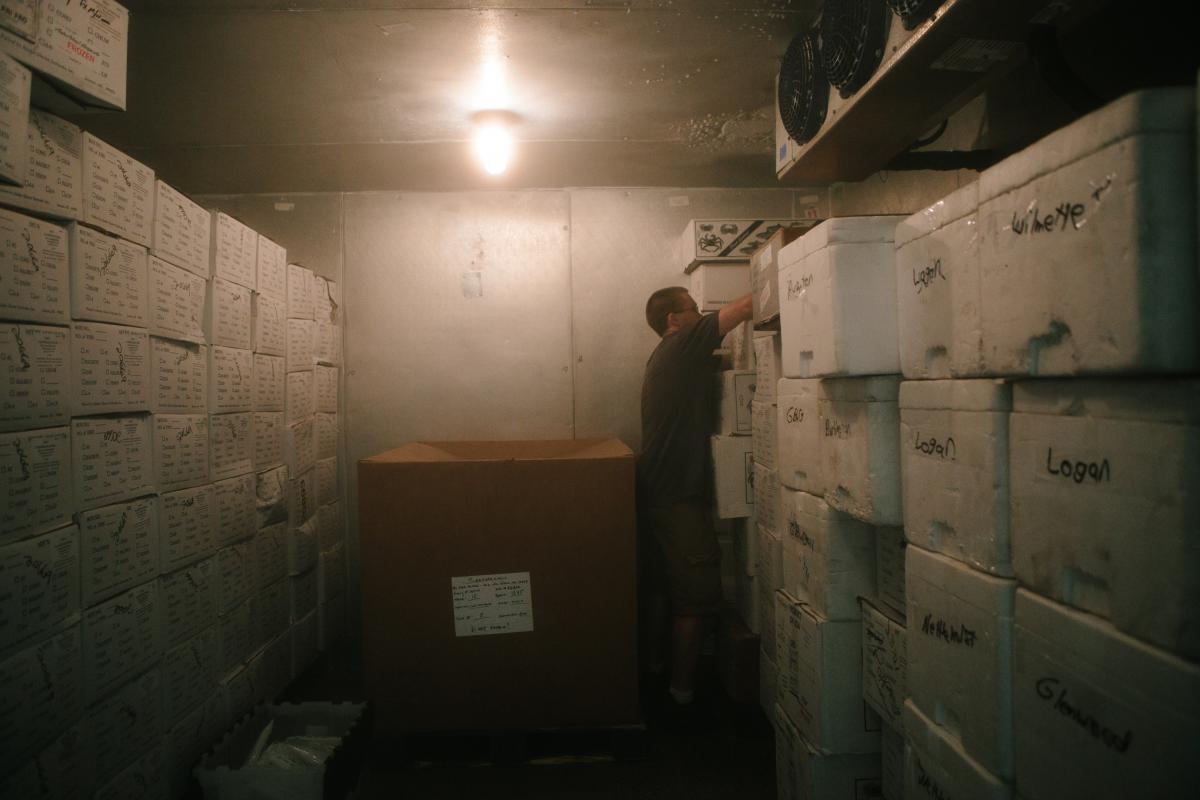 Sitka Salmon Shares is based in Galesburg, Illinois —which seems counterintuitive given that the city is surrounded by corn and soybean fields. But this service has found a group of loyal customers.

“It’s crazy. Sustainable seafood and you can smell the farms,” company president Nic Mink said while driving his Prius from his company’s warehouse to his office in town.

He started the business when he was teaching about sustainable food at Knox College, which is in Galesburg. He had taken some students to Alaska and brought back fish for a fundraiser. It went so well, he and some students wrote up a business plan. 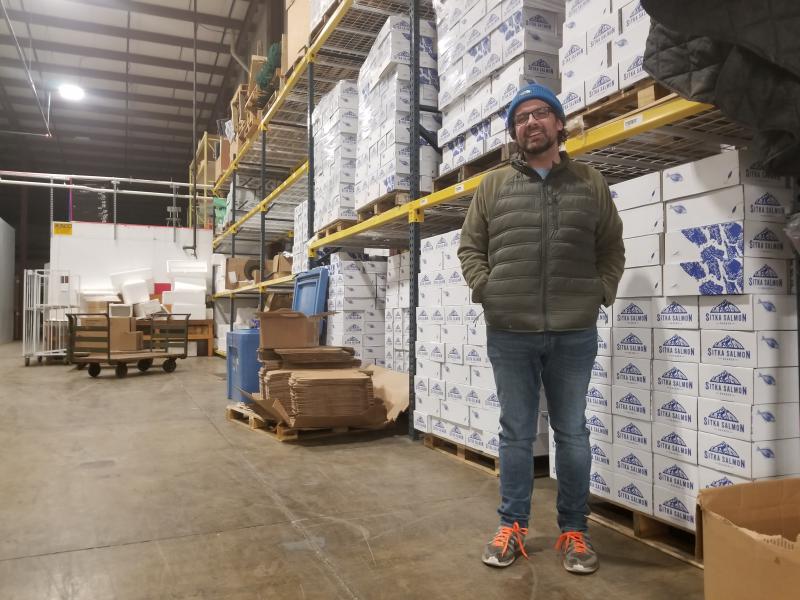 “Seven years later, we now have three locations. This is our main headquarters here in Galesburg, where we have about 15 employees, and we have a location in Madison, Wisconsin, and a location in Schaumburg (Illinois)” Mink said.

Instead of delivering fish out of his Prius, which is how they used to deliver it, the company has vans and shipping network to take the frozen goods, caught by Alaskan fishermen, to much of the Midwest and East Coast.

Some customers, like Ivan Sagel in Chicago, have even seen the catch personally delivered by the fishermen themselves.

“Sometimes the fishermen might be in town for something that’s going on and so they’ll actually drive the delivery truck and hand you your fish and introduce themselves,” Sagel said. “I’ve met two of the actual fisherman.”

The sailing coach, charter boat captain and real estate agent said he’s a “sucker for quality food,” so he’s willing to go the extra mile for fish that he thinks tastes better and is from a source he trusts.

“You know when you meet your farmer, you meet your fisherman, you know you really have a connection to the source and there’s transparency on how it got to you,” he said.

And he’s paying for it: Sitka Salmon Shares’ frozen seafood costs between $15 and $25 a pound, depending on the monthly plan. Compare that to frozen seafood caught overseas and sold at grocery stores for $5 or $6 per pound. 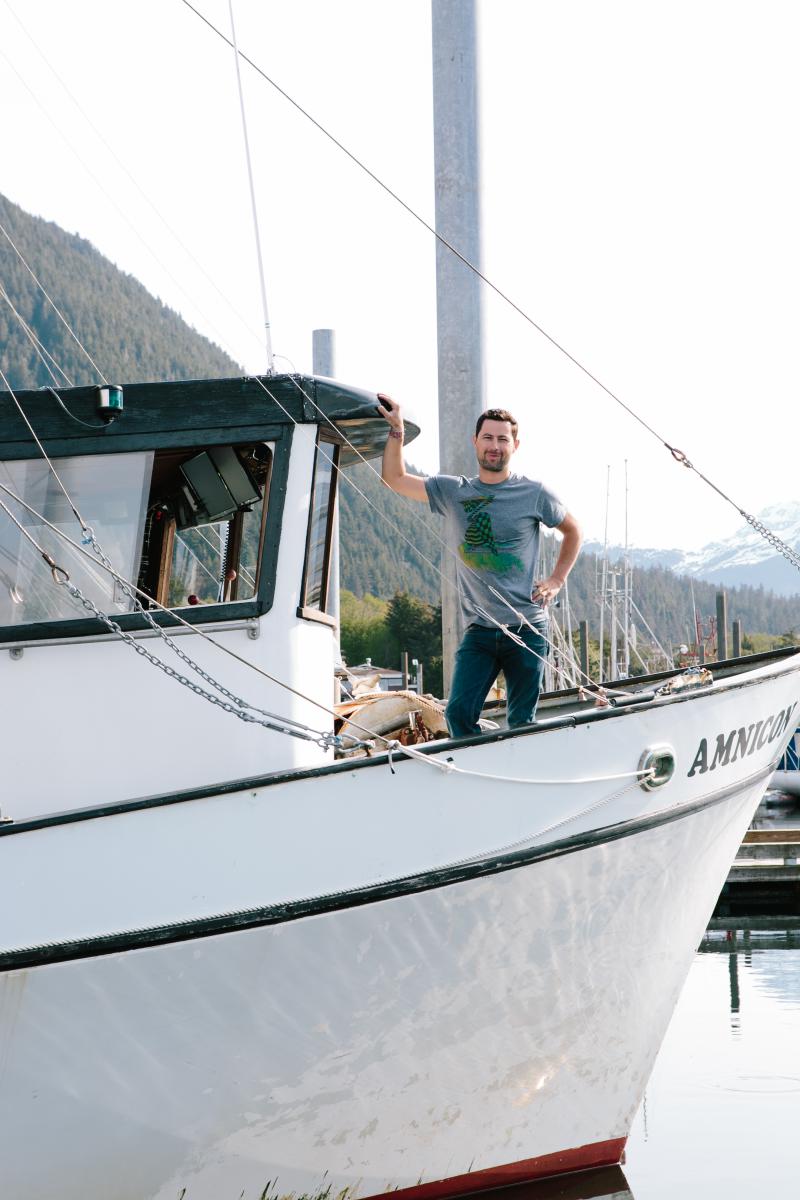 But loyal customers want the quality, which means a lot to fisherman who work for Sitka Salmon Shares, like Joe Daniels.

“When I sell to any other buyer, they give me a check and that check goes into my bank account, and I trade my fish for a dollar amount. And once it gets hoisted off my boat, I never see it again and I never really think about it again,” he said.

But with Sitka Salmon Shares, in which he bought a stake, Daniels said the work is more meaningful “knowing that I could get the extra mile to make sure it’s the highest quality fish.

“And It’s just really nice to know that people appreciate that and kinda put a face on the person that’s sitting down at the dinner table to eat it.”

Sitka Salmon shares certainly isn’t the only operation challenging the traditional CSA model: Others are doling out cheese, pies, flowers and even pickles.

And it’s that very need to adapt that brought about CSAs to begin with, according to author Steven McFadden, who has written several books on CSAs and their history.

But in the face of a saturated market and an increasing demand for convenience, Payet believes CSAs could go one of two ways: vanish like video stores or rebound like independent bookstores.

“The DVD shop got hit by streaming media and by Netflix DVDs in the mail. And they never recovered,” he said. 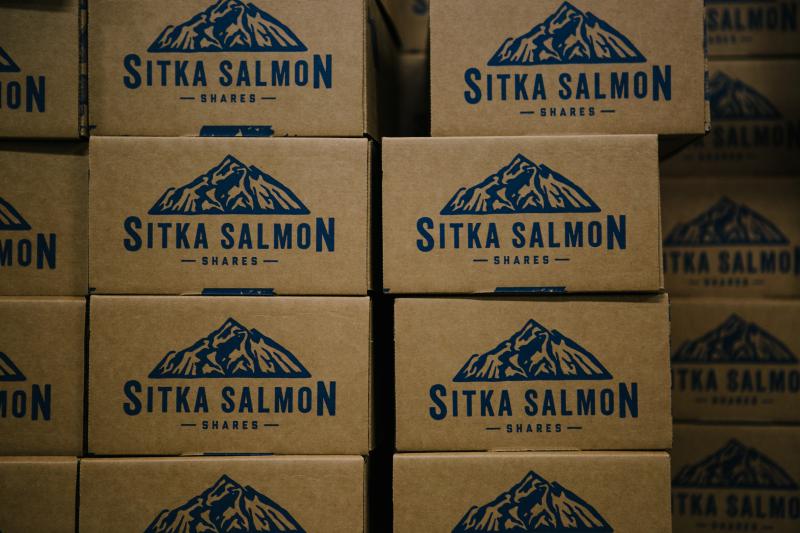 Meanwhile, “people realize that there really isn’t a substitute to the ‘going to the bookstore,’” Payet said, adding that, “there’s community there and you meet other people and you can smell the books.”

While he’s pulling for CSAs to follow bookstores’ footsteps, he has advice for those who want to start a niche CSA: “Don’t. Not now. Wait a little.”

Food and Wine Magazine named Sitka Salmon Shares one of the 20 "Best Food Artisans" in America.

CSAs Get Creative to Compete in Crowded Market

The local food scene has exploded in recent years, which means there's a lot more local produce on dinner tables. It also means that during the spring season as small farms start ramping back up, they have to work a bit harder to attract new customers.

In the Midwest eating local can seem easy during the summer when farmer’s markets are full of produce. In the winter though, eating locally can be a bit more challenging.

Nonetheless several Monmouth College students are trying to do just that.

Widespread Drought Across US Stoking Fears That 2012's Devastation Will Repeat

Western Illinois might be close to the Mississippi and Illinois rivers, but it’s the driest part of the state this year.

“We really haven’t really had any measurable rain since the middle of October,” says Ken Schafer, who farms winter wheat, corn and soybeans in Jerseyville, north of St. Louis. “I dug some post-holes this winter, and it's just dust.”