The U.S. Supreme Court has taken her side. 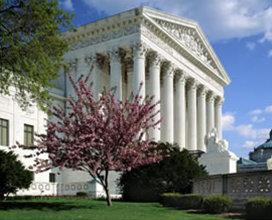 But it limited its decision to non-traditional public employees-- like home care workers, who are paid by the state but hired and fired by the people they care for.

Paul Kersey works for the Illinois Policy Institute which helped bring the case.

He says today was a big win, but there’s more to be done.

Pro-union home care workers say the union has helped raise wages. And provided better training on how to care for people.

The union says the ruling is a setback but it will continue to fight for home care worker rights.

Illinois Governor Pat Quinn made a bit of a change to the state budget that goes into effect Tuesday—a change meant to play well with voters.

How Many Companies Will Be Touched By Court's Contraception Ruling?

When the Supreme Court ruled Monday that "closely held" corporations don't have to pay for workers' contraception, you may have assumed the decision applied only to family-owned businesses.

Wrong. An estimated 9 out of 10 businesses are "closely held."

However, some benefits experts question just how many of those companies would want to assert religious views.

In a 5-4 decision Monday, the Supreme Court allowed a key exemption to the health law's contraception coverage requirements when it ruled that closely held for-profit businesses could assert a religious objection to the Obama administration's regulations. What does it mean? Here are some questions and answers about the case.

What did the court's ruling do?