What's Open, What's On Hold For Food And Ag During The Government Shutdown

Updated Jan. 22 with Farm Service Agency reopening — The long tentacles of the partial federal government shutdown are reaching especially deep into food and agriculture. Here’s an update on some of the impacts now four weeks into the longest shutdown in history.

The National Agricultural Statistics Service produces a wide range of reports, many of them using data culled from surveys of farmers and ranchers. The January cattle report’s surveys went out on time,but there were not enough people left to collate, analyze and publish the data.

“This lack of information adds uncertainty and volatility to the markets,” Iowa State University livestock economist Lee Schulz said. “And so what that means is that while markets react to that information, those reports that came out on a very timely basis, now you're more likely to see markets react to the news of something.”

Announcements of livestock sales or deliveries of crop exports could be helpful in the reports’ absence, but those also might be inaccurate. More significantly, they won’t be simultaneously available to everyone like the USDA reports. 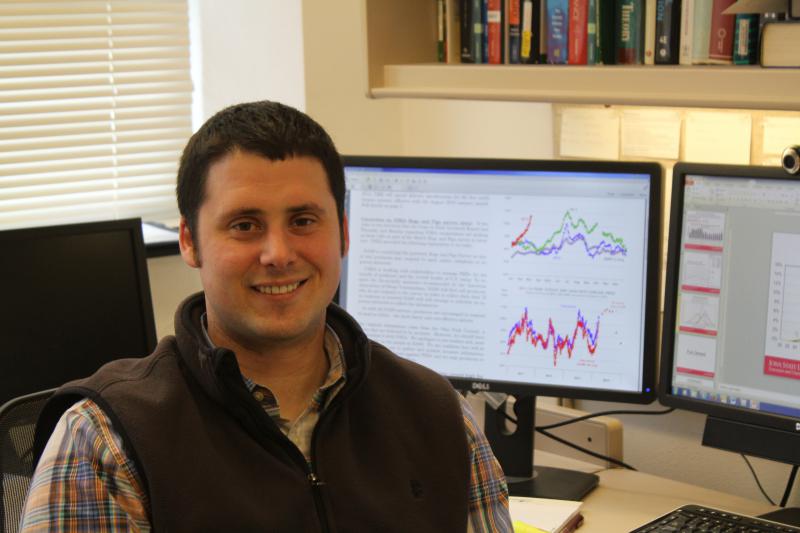 A NASS spokeswoman (who is working part-time and without pay during the shutdown) said when the shutdown is over, the agency intends to publish any reports that were missed. Meanwhile, USDA’s Agricultural Marketing Service, which is responsible for price reports, is continuing to publish daily. Schulz said that’s thanks to a lesson learned during the 2013 government shutdown, which left permanent holes in the price records for commodity sales.

“When you look at that from an analyst standpoint,” he said, “you can really look at it as a statistical catastrophe.”

“Right before the shutdown, something happened that we were really excited about,” said Alan Bjerga of the National Milk Producers Federation, “and until the shutdown is over, that’s all on hold.”

Bjerga noted that dairy expected to be a big winner in the new farm bill. He’s confident the changes will, eventually, help struggling milk producers.

Research at USDA labs is largely halted, though university researchers with USDA grants may be able to continue their work if the universities were given the money before the shutdown. 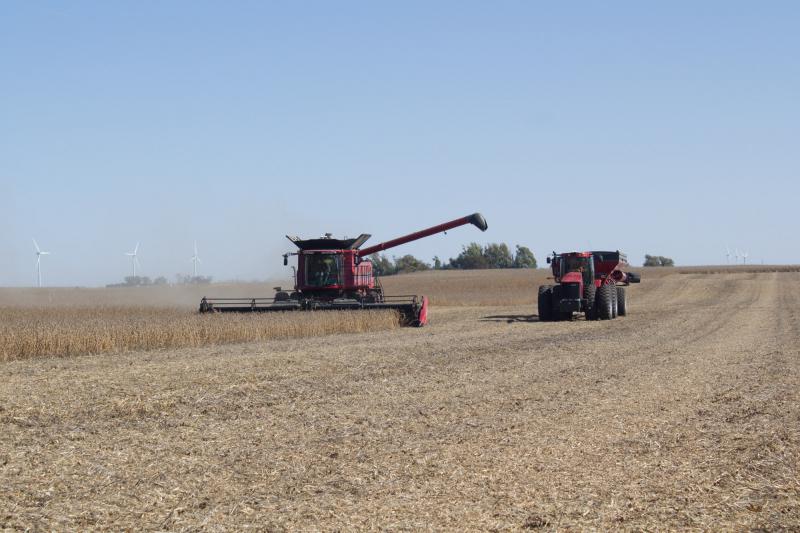 The government's E-Verify software, which ensures job applicants are eligible to work in this country is down. That’s not under the USDA’s purview, but it’s essential for farmers hiring seasonal workers.

From Jan. 28 through Feb. 8, the offices will be open five days a week, but the USDA will scale that back to three days a week after that. (Previously, a select number of FSA offices were open for three days, shown on the map below.)

Aaron Lehman grows soybeans in central Iowa, and is eligible for a payment the government is offering to offset lost income from the trade war. But he said the FSA office closures had kept him from finishing the application process, and that’s dealt farmers yet another setback during difficult financial times.

“We’re trying to find ways to make ends meet as best we can,” Lehman said, “and having USDA offices shut at this time … the timing is really bad.”

USDA has also said farmers can skip some loan payments until the shutdown ends.

USDA is responsible for inspecting meatpacking plants, a job that’s gone on uninterrupted. The Food and Drug Administration, which handles most other food inspections, had some hiccups early in the shutdown, but said “high-risk” inspections are back on track as of this week.

The Supplemental Nutrition Assistance Program continues, with the government arranging to provide food benefits through February. In many states, people will be getting that month’s benefits early, which is prompting officials to encourage budgeting.

But the USDA has said that it has only about $3 billion in contingency funds, which wouldn’t be enough to cover the $4.8 billion it costs to help feed more than 40 million Americans per month.

“So we better start thinking about March the 1st,” he said, adding that if people go three days without being able to feed their children, the U.S. “could possibly be only 9 meals away from a revolution.”

In Nebraska, the Food Bank of Lincoln is encouraging SNAP recipients to conserve their benefits to ensure they last as long as possible.

But director Scott Young said they’ve also had an influx of food from a government trade-mitigation program. Crates of half-gallons of milk, packages of grapes, and boxes of watermelons line the large walk-in cooler; there’s even catfish in the freezer.

“This might be the most timely avalanche of commodities ever,” Young said, “as need is liable to spike pretty dramatically here if this thing goes on very much longer.”

Young says his staff has already helped furloughed FBI and other federal workers apply for SNAP benefits as they watched their first checkless payday go by. He has a message for the others: Food is available; come and get some before you reach a crisis point.

Compared to the 89 millions acres of soybean in the U.S., the hemp industry is still meager at 25,000 acres, but experts expect that will quickly change now that President Donald Trump has signed the 2018 farm bill.

That’s because after nearly a century of heavy state and federal restrictions, hemp has been removed from the list of controlled substance and reclassified as an agricultural commodity — one that a burgeoning market has its eyes on.

Back in 2010, there were high hopes in Colorado that locally grown hops, the plant that gives beer a bitter or citrusy flavor, would help feed the then booming craft beer market. In just six years, the industry sprouted from almost nothing to 200 acres, according to the trade association Hop Growers of America.

Beyond The Farm: A Look At The Wide World Of Ag Degrees

Fields, crops and farm animals are part of the agriculture-industry landscape, but an increasingly small one.

The number of farm and ranch managers shrunk by about 20 percent between 1996 and 2016, according to the Bureau of Labor statistics. At the same time, there are more students graduating from ag colleges, and, in many parts of the country, 80 percent to 90 percent of them find a job (or go for an advanced degree) within a few months of graduating.