At this northern Illinois party, breath mints are provided

They say you can smell it from two blocks away...

They say you don’t need to know the address to find the party… your nose will lead you to it.

They say it lingers in the air, filling your senses...

But what they don’t say is that it brings communities together, and it offers an outlet for grief.

Rosie Lynch is a retired journalism professor from Illinois Valley Community College. For more than 45 years, she has held a party on the first Saturday of August.

And the only dish present? Bagna Cauda.

Scott Clark, Rosie’s stepson, has many years of this Bagna Cauda party under his belt.

“When this party first started, I was 12 or 13 years old. And that’s when my parents were a lot younger," Clark said. "And they would go till three or four in the morning. I mean, people would be in the pool, having fun. But they would come every year. But then different generations started coming in and we just keep going.”

But what is this dish that seems so renowned in the LaSalle-Peru community? Scott Clark’s son and Bagna Cauda chef, Jake Clark, explains:

“Really it is mainly butter, garlic and anchovies. As the years have gone on, we’ve gotten to mass quantities, so I think today we used 22 pounds or 23 pounds of butter along with 15 pounds of garlic. And we’d estimate maybe five pounds of anchovies.”

Once the ingredients are gathered, they just have to be sauteed, simmered, and watched over to prevent any burning. And when you’re serving a crowd big enough to fill Rosie’s backyard, that can take all day.

Bagna Cauda is certainly an unusual dish. Even the host, Rosie, was surprised that she loved it.

“I was skeptical because I don’t like anchovies. I’ve never wanted them on pizza or anything. I couldn’t believe the anchovies were going to go into this stuff… and then I was going to like it,” Lynch said.

The dish is a staple of Piedmont, Italy, but this family’s experience with it is slightly different.

None of the family members are Italian. In fact, the recipe comes from a Lithuanian ancestor.

Still, they’ve made it their own.

Attendees have the option of dipping traditional vegetables in the Bagna, like cabbage. But just as the roots of the dish are different at this party, so are the methods of consumption. Many party goers choose to, literally, break bread over their Bagna Cauda, and others even use it as a sauce for their pasta.

But behind the pungent dish is much more than just its ingredients. This year’s event was the first after the passing of Rosie’s husband, Norm Clark, in 2021.

To one of Norm’s best friends, Roscoe Mazur, carrying on the party tradition was what Norm would have wanted.

“He always wanted to open up his house to people, entertain people, and have a good time. I never knew him to turn anybody away that needed anything,” Mazur.

Over the past few years of parties, Jake assisted Norm with the cooking, but this party was the first where he took on the load himself. That being said, he still played by Norm’s rules.

“Every year was the same schedule. And he didn’t want it to be off at all," Clark said. "I kind of got on his schedule—kind of knew what we were doing when we were doing it. And then as the years evolved, I just started learning more and more about it.”

And so, at 7 a.m. sharp, the Bagna began its journey from butter, garlic, and anchovies, into the vibrant, much-loved, dip. The much-loved dip that, somehow, has touched four generations.

“When my first son was born, his first food really was Bagna. He came here when he was four months old, so we decided to give him a little taste,” Jake Clark said.

And it seems that it will touch many, many more.

“I believe Rosie plans to keep it alive as long as she can, whether it’s here or somewhere else, eventually one day. But yeah, we plan on keeping it going. First Saturday of August is booked up for my future.”

Susan Stephens contributed to this report. 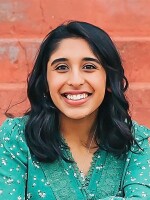