Republicans in Illinois' Congressional delegation are on board with Governor Bruce Rauner's move to temporarily close the state's borders to Syrian refugees in the wake of the terrorist attacks in Paris. 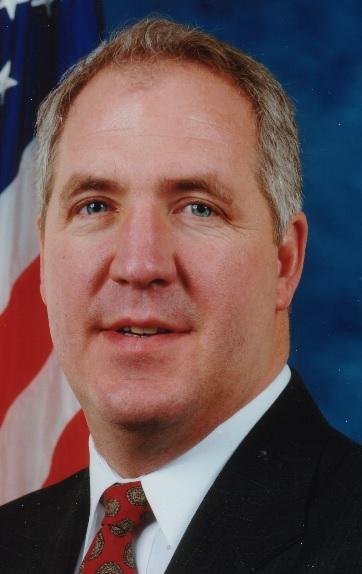 The state's eight Republican House members are also condemning President Obama's plan to let in 10,000 refugees from that country this year.

The congressmen sent a letter to the president, asking the administration to halt the acceptance of refugees from Syria and Iraq until more stringent security screening measures are in place for would-be immigrants.

"Balancing our nation’s compassion with our basic security needs is particularly difficult during times of great uncertainty and heightened threats," the letter says. "However, given the inability to vet these individuals against government records in Syria, we ask that the administration respond to the legitimate concerns of the American people by ceasing the flow of refugees from Syria or Iraq until there is an updated system in place that can actually verify the background of each refugee. "

Congressman John Shimkus (IL-15) says he's fearful members of the Islamic State group — who claimed ownership of the Paris attacks — could slip through the immigration system.

Shimkus says he can't see any way to get ISIS under control other than American boots on the ground...but only if France or another country first asks NATO to begin a military mission.

"These are the people who lop off heads of Christians and other people who don't agree with them," Shimkus told reporters on a conference call Tuesday. "They're barbaric...So the question for the free world is, do we want to allow these folks to continue to move on this reign of terror in this world?"

Refugee advocates say the immigration process into the U.S. is already a thorough and slow-moving one, including interviews and criminal background checks.

Though some foreign policy analysts suggest the rest of the Paris attackers were radicalized out enclaves of Muslim poverty in the suburbs of Paris, Shimkus says he wouldn't be in favor of more humanitarian aid dollars for refugees who've been relocated abroad.

"I think it's the French responsibility to take care of the folks who they allow in their countries and to make sure that there's equal opportunity for all citizens," he said.

"Americans are compassionate – we are the largest donor of humanitarian aid to Syria – and we will continue to be, but not at the risk of our own safety and security," Davis said in a statement Tuesday.

There's no budget deal on the immediate horizon in Illinois, which is set to round out a fifth month without any budget in place. However, two frameworks have just been released.

State Sen. Karen McConnaughay, R-St. Charles, says frustration with the gridlock got her talking months ago with a handful of other rank-and-file legislators from both sides of the aisle and from both chambers of the General Assembly.

Illinois is one of 24 states closing its borders to Syrian refugees in wake of the terrorist attacks in France last Friday. It's unclear whether this move is legal under federal law.

In a statement, Gov. Bruce Rauner announced the state will "temporarily suspend" accepting Syrian refugees, citing safety and security concerns after the Islamic State group killed and injured hundreds of people in the Paris attacks.