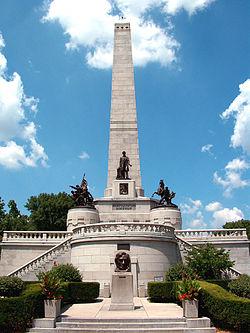 Oak Ridge Cemetery is the 2nd most visited cemetery in the U.S.  The main reason is Abraham Lincoln.   The 16th President, his wife Mary and three of their four sons are interred there.

Since last fall, visitors could go see the tomb and stand outside.  But the interior was closed off for maintenance work.  It re-opens on Tuesday April 1.

"There was small deterioration over the years and we just wanted to stop it and fix it before it turned into a real problem," Chris Wills said. He's a spokesman for the Illinois Historic Preservation Agency.  The work included plaster repair of water damage and fixing cracks.

Wills says for a facility dedicated in 1874, the tomb has held up well.

"We've had some problems, but overall it's in good shape.  And that's one of the reasons this project was necessary," he said.  "You have to get in there ahead of any long term problems and fix those before things become serious."

While the temporary closure likely disappointed some visitors, Wills said he never heard of complaints.  The agency made a point of promoting the closure ahead of the work taking place.

The repairs included taking pains to keep the tomb as historically accurate as possible, including the matching of earlier paint on the walls.

Outside the tomb, visitors congregate to rub the nose of the bronze Lincoln sculpture outside.  It's considered good luck.  Inside, the tomb is respectfully quiet.

And, in case you wondered, none of the repair work would have disturbed Lincoln.  He is buried ten feet below the floor in a concrete vault.

An exhibit of photographs by Annie Leibovitz is on display for the next six months in Springfield.

Springfield will soon have a bit of recent Hollywood history on display.

It includes an “Abe-A-Day” fact, pictures of artifacts on display in the museum,  and trivia questions accompanied by sound effects from Lincoln's time --- a recording of his office clock serves as the quiz's timer.

The Foundation's Phyllis Evans said the app will make it easier for today's students to learn about the 19th Century.