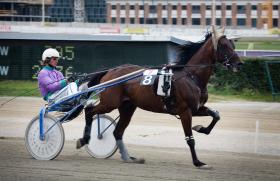 Illinois' two state fairs did not comply with the law last year, according to a recent state audit -- and budget realities mean that'll happen again this summer.

The audit found that both the fairs in Springfield and DuQuoin overcharged entrance fees for horses.

But the Department of Agriculture says it's a consequence of the state contributing 200-thousand dollars $200,000 less toward the purse.

The audit also found that the DuQuoin fair only held three out of the five prescribed days of horse racing.

The department of ag's Jeff Squibb, says that, too, is a casualty of budget cuts. He says in 2010, DuQuoin cut its biggest horse racing event, known as the World Trotting Derby.

"When that race was no longer held, the number of horses that were entered into DuQuoin races began to decline and quite simply, today there are not enough horses to fill up five full days of racing."

Squibb says the DuQuoin fair, which is scheduled for Aug. 22-Sept. 1, will again have only three days this year.

Illinois Governor Pat Quinn made a bit of a change to the state budget that goes into effect Tuesday—a change meant to play well with voters.

The summer travel season is in full swing. Festivals over the weekend in Macomb and Galesburg showcased planes, trains and automobiles. Buckle up for the ride.