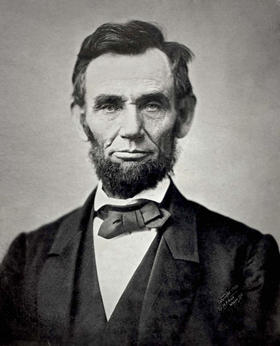 The nation went into mourning when, just after the Civil War had finally ended, Abraham Lincoln was assassinated. No one alive today can remember, but a class project may make you get a sense of what it was like, or at least what went on. Students at the University of Illinois Springfield began "live-tweeting" on April 14 - the date that that Lincoln was shot at Ford's Theater back in 1865. They've continued, tweeting in real time -- 150 years after the fact -- about the pursuit of John Wilkes Booth, and the funeral cortege from Washington, D.C. to Springfield. Amanda Vinicky spoke with UIS professor Ken Owen about the project, and his class on history in digital media.

If you want to read the "live tweets" follow @AbesLastRide.

A couple of other twitter handles to follow if you're interested in this: the Looking for Lincoln project is doing something similar using the twitter handle @ElizaStavely (a journalist in 1865). There's also @Mr_Lincoln, the Presidential Library and Museum is @ALPLM, and many twitterers are using the hashtag #Lincoln150.

A day of remembrance was held at the state capital Wednesday for President Abraham Lincoln, on the 150th anniversary of his death.

The ceremony included a 21-gun salute, music from a military band and a prayer from Chaplain Maurice Buford of the U.S. Navy.

"We honor him because his flame of leadership still kindles, his seat at the eternal table of prominence is permanent and because he continues to teach this great nation to always have the faith that might makes right,” Buford said.

Mary Todd Lincoln did a lot of good work that went unnoticed in her lifetime, according to Laura Keyes, who portrays the former First Lady during programs, including one that will be given in Macomb.

The Western Illinois Museum’s current display, Greatest Hits of Our History III: A 40th Birthday Celebration Exhibit, features a diorama of the New Salem Village that dominates the museum’s exhibition room.  It measures 23 feet by 12 feet.

The force of the Illinois legislature is behind bringing George Lucas's museum and Barack Obama's presidential library to Chicago.

A measure to ward off legal problems that could prevent the Star Wars creator's museum and the President's library from being located in Chicago first popped up Wednesday evening.

Less than 24 hours later, it's on the way to the governor. It's supposed to take at three days at minimum for that to happen.

But this measure had support from leaders like House Speaker Michael Madigan.