Higher Ed Planning How To Best Open Campuses In Fall

Colleges and universities in Illinois want their campuses to be open to students in the fall, after classes were forced online in March due to COVID-19.    A state panel is going to recommend the best approach for the fall semester.

The Illinois Board of Higher Education has announced the creation of  a COVID-19 Campus Re-opening Committee.  It consists largely of presidents from the state’s public and private colleges and universities including community colleges.

Ginger Ostro, Executive Director of Illinois Board of Higher Education is leading the committee. She said the committee’s charge is to “find the key questions we need to answer and to...provide guidance to our institutions in making those decisions.”

Ostro said the questions range from how to offer larger courses to maintain social distancing in dorms.

Ostro said the committee will also explore how often classrooms will need to be cleaned and how residence calls would be organized to meet the guidelines the Governor has set out.

The committee’s formation follows Governor J.B. Pritzker's announcement of a five-stage plan to allow businesses and others to open over the course of time depending on regional health metrics being met in five individual regions around Illinois.

In a news release from IBHE, Deputy Governor for Education Jesse Ruiz said, "As always, our priority remains protecting the health and safety of students, faculty, and staff, while providing a high-quality education to prepare students for future careers.”

A number of colleges across the state have announced their broad intentions of opening in the fall.     Elsewhere across the country there has been a mix of some universities announcing they will be online in the fall, while others intend to open.

Ostro emphasized school will be in session, but not how, exactly.

“We know there's a lot of uncertainty around what's going to happen in the fall… we know they [higher ed schools] will be open, whether it's with remote learning, whether it's in person or some combination, but it will be safely and that's what's the most important thing here; that students stay on track and that know that our institutions will be safe for them to get their education," said Ostro.

It could boil down to where the university is located and what phase of re-opening that part of the state is in at the time.

“I think it will be specific to each institution, how they structure their courses, in what way they provide the education for courses that maybe large courses, maybe it's broken down into multiple sections, maybe parts of it are offered online and only some are in person," Ostro said.

"I think there's a whole variety of things that could be considered. But the main things are to follow the parameters that are in the Restore Illinois guidance, public health guidelines for social distancing, and sanitation and other safe practices and to make the best decisions, but that will be under these guidelines, but each campus will have to decide how it works best for their programs.”

IBHE has not set a specific deadline for the committee’s work, but Ostro said it plans to work "quickly."

“We know folks are anxious to have the information to make decisions to understand what's going to happen in the fall. So the committee is going to work quickly and pull together the best guidance and produce a report and the information and the guidance for the state as quickly as possible, recognizing that there's a there's a lot of uncertainty out there."

A concern in higher education is how many students will return to a campus in the fall. Ostro said she is discouraging students from taking a “gap year."

"I encourage students to stick with their plans for higher education to stay on track to come, to earn credits towards their degree, even though times are uncertain."

Those serving on the committee are: 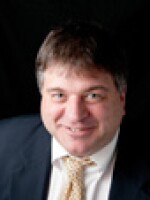 Bill Wheelhouse
Harvest Public Media’s reporter in Springfield, Ill., comes to Harvest with a background of covering state government and rural issues. For the past eight years, Bill was general manager of public radio station WUIS in Springfield. Prior to that, he spent a decade as State Capitol bureau chief for Illinois Public Radio. During his time in the Illinois statehouse Bill won several awards including Best Investigative Reporter from the Associated Press and Best Statehouse Beat Reporting from the Association of Capitol Reporters and Editors in 2004. Bill also spent eight years as News Director at WIUM public radio in Macomb, Ill., and is a past president of the Illinois News Broadcasters Association.
See stories by Bill Wheelhouse 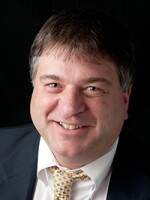