The Galesburg City Council approved a bid from Gunther Construction for its annual street resurfacing projects – despite the price tag coming in much higher than expected.

The city selects a number of streets for resurfacing every year, and budgets for the work.

Two bids were received for this year’s projects. Gunther Construction submitted the lower of the two bids, at over $970,000 for eight streets.

“In the past we’ve tried to budget $600,000. This year we upped it to $800,000 in the budget and then the bids came in even higher because of the asphalt prices being very volatile and high right now,” said interim City Manager Wayne Carl.

Despite this price increase, the staff recommended accepting the bid, and the council approved it unanimously.

The city’s annual sidewalk and curb repair projects also came in over budget and one of the projects had to be cut.

Sidewalks are made from concrete, which is less expensive than asphalt.

But next year, prices for both may be even higher.

“The asphalt is going to be significant; it’s probably going to be 30% more if the oil prices don’t go down,” said Carl, compared to an expected 5% increase for concrete.

The roads and sidewalks to be repaired have already been selected.

According to Carl, the city has a backlog of several years on these types of projects.

Money for the projects will come from the Motor Fuel Tax Fund, the City Gas Tax Fund, and a committed reserve fund balance for public works projects.

Work is expected to start in June.

Tri States Public Radio produced this story. TSPR relies on financial support from readers and listeners in order to provide coverage of the issues that matter to west central Illinois, southeast Iowa, and northeast Missouri. As someone who values the content created by TSPR's news department please consider making a financial contribution. 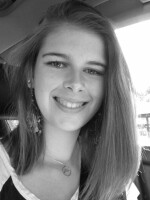