In The Tri States

Universities in Illinois may soon get the chance to research industrial hemp.  HB5085 is weaving it's way through the legislature.

The Illinois Farm Bureau has been pushing the idea.  But hemp was banned in the 1970’s and labeled a controlled substance, as it is related to marijuana.

Supporters say hemp can be re-purposed for materials like clothing, rope and much more.   David Leitch--a House Republican from Peoria--says there's been enough communication about what hemp actually is to make lawmakers comfortable with the bill.

"Time has come and the question is whether Illinois is going to be timely to this or be last like usual," Leitch said.

Hemp is illegal because it contains a small amount of T-H-C... the chemical that produces a “high” for marijuana users.

"By definition it isn't marijuana.  And no one growing marijuana would want their marijuana near hemp," Leitch said.

Legislation is one step away from the Governor’s desk.   Kentucky has approved similar research.  The federal government has provided seeds for test plots in that state. 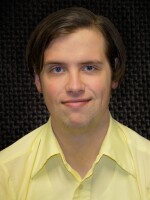