Carthage will take some extra measures to make sure festivities this week don't become “too hot.”

The city is expecting larger than usual crowds for the Independence Day celebration. This year the city is also marking the 175th anniversary of its founding.

Temperatures will peak in the 90s for the rest of the week.

Carol Carr is a member of the celebration committee.  It will provide sites where people can escape the heat.

She says, “The courthouse will be open part. One part of city hall will be open, which will be air conditioned, and (a) place for people to get out of the heat.”

She adds a tent will be set up on the southwest corner of the city square to shield participants from the sun.

She says the committee also looked for events that could be conducted in air-conditioned buildings. One is the Lincoln exhibit at the Kibbe Museum.  It includes a replica of his coffin.

Many of the events have been scheduled for the evenings during the rest of the week. However, most of the activities on the Fourth will be outdoors during the day  including the parade at 10 a.m.  Fireworks will begin after dark.

The celebration winds up Saturday night. 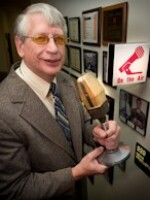