V Day: An Act of Love

My knees turned to liquid and my legs shook uncontrollably. My hands trembled. Sweat beaded at my hairline and my palms were slippery wet.  I fought the urge to throw up.

Oh, the physicality of fear-- how it washes over us and surges through us, our brain and body’s chemistry urging us to flee, freeze, or fight.  I planted my feet, and reminded myself that it wasn’t about me—I was just the vehicle for the story that needed to be told.

I was not a woman afraid for her life, seeking refuge from sexual, physical, or emotional violence. I was not fleeing with my children toward the safety of a women’s shelter, shepherding my kids and taking only what I could carry.  I was not one of, according to Rape, Abuse & Incest National Network (RAINN), “321,500 victims (age 12 or older) of rape and sexual assault each year in the United States.”

I was simply performing “I Was There In The Room” from Eve Ensler’s The Vagina Monologues, celebrating the “difficult, wondrous world” we are all labored into. I was supported by an ensemble cast of amazing and diverse women, an incredible director, MFA Theatre graduate student Laura Hoske, College Student Personnel graduate students working in the Women’s Center and acting as producers, Candace Wilson and Emily Henkelman, a warm and giving crew, and an audience that was interactive and engaged.

It was about raising funds for Western Illinois Regional Council’s Victim Services Agency’s Domestic Violence and Sexual Assault Programs and V-Day International’s Spotlight Campaign: Violence Against Women in the Workplace, to “provide support to groups working to eradicate sexual and gender violence in places of work.”

More than ever, V-day’s vision of “We see a world where women live safely and freely” seems pressing at a national level.  As I stood on stage with undergraduate and graduate students performing “ I Call You Body” at the performance’s conclusion, I was very aware of the fact that these young women were at an elevated risk of sexual assault.

According to RAINN,  “11.2% of all students experience rape or sexual assault through physical force, violence, or incapacitation (among all graduate and undergraduate students).”  Ensler’s final poem this year asked audiences to consider the implications of having a President of the United States who embodies rape culture, and infamously urged, “Grab 'em by the pussy. You can do anything. ”

At a state level, budget issues have impacted social service agencies serving survivors of domestic violence and sexual assault. A February 14, 2017 AP story reports: Illinois officials waited more than five months to alert dozens of domestic violence programs that their funding had been eliminated, an omission that forced layoffs and other cuts.  Officials providing services to victims of domestic violence say they were unaware that about $9 million in state funding was left out of the stopgap plan that expired in December.

They learned about it in a Dec. 16 letter from Human Services Secretary James Dimas.

The shortfall has forced layoffs, salary cuts and longer waiting lists for services.  No one will say why the money was excluded. State officials won't say why Dimas didn't notify anyone sooner.

Right here, in our own community, the Western Illinois Regional Council has been negatively impacted. They are currently in dire need of supplies for victims of domestic violence and sexual assault. They need size 2 and 3 diapers, pads and tampons, shampoo, conditioner, and hair care products, soap, body wash, toothpaste, deodorant, razors, toilet paper, paper towels, laundry soap, fabric softener and dish soap. All donations can be dropped off at the Western Illinois Regional Council at 223 South Randolph Street, Macomb, IL. If you have questions, please call (309) 837-3941.

Sometimes, I feel sick to my stomach with hopelessness because violence against women is still an epidemic. I feel immobilized, full of anxiety and powerless.

But then I think of my children, my amazing students, and the mentors I’ve had that that have empowered me through action. I think of the cast and crew--Lenisha, Zoe, Lindsay, Jennifer, Emily, Sonja, Jasmine, Alondra, Julia, Hollie, Alicia, Mercedes, Christina, Holly, Taylor, Kira, Michelle, Abbi, Crystal, Abby, Elizabeth, Emily, Candance, Laura, Elijah, Josh and Steve –volunteers with rich, full lives who gave so willingly of their time, energy and talents to create something of meaning and joy that will also help our beloved community. I thought of the people who attended the play, friends, family and strangers who came up afterward, hugging me, tears in their eyes.

I know that so many of you, dear listeners, will step in and help the WIRC, and the clients they serve and support, by giving what you can. It’s not just dollars, diapers, shampoo or feminine hygiene products. It’s a powerful act of kindness and compassion and it honors what is deserving of respect and dignity within us all.  It’s an act of love.

Barbara Harroun is an Assistant Professor of English at Western Illinois University.

The opinions expressed are not necessarily those of the University or Tri States Public Radio.  Diverse viewpoints are welcomed and encouraged. 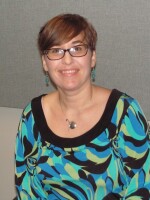