Survey Says: Illinois Is On The Wrong Track 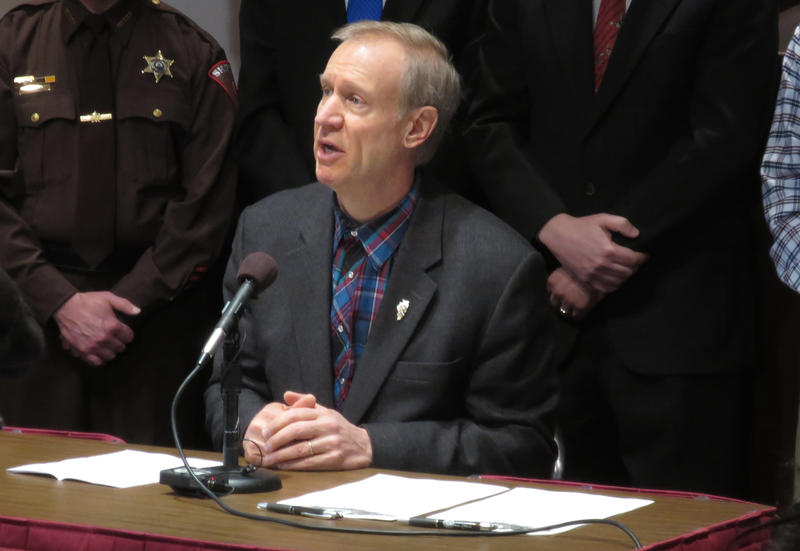 A majority of Illinois voters do not believe that Illinois is headed in the right direction. That's according to a new poll, from the Paul Simon Public Policy Institute.

One thousand voters were asked if they believe Illinois is on the "right track." Eighty-four percent of them answered "no." It comes as Illinois is in the midst of a historic budget impasse.

That may have affected voters' opinion of Gov. Bruce Rauner.

Half of those polled say the Republican is not doing a good job; 41-percent approve of Rauner's leadership. Both his approval, and disapproval ratings, are up from last year.

However only 32 percent of respondents say they've been directly impacted by the budget impasse, by losing a job, or by feeling the impact of social service cuts or cuts to higher education.

Western Illinois University said its plan requiring non-negotiated administrative employees to take unpaid days off the will save $4 million.  The furlough days will begin next month and continue through June 30, which is the end of the fiscal year.

The Illinois House has failed to override Gov. Bruce Rauner's veto of funding for college grants and two-year schools.

The House debated restoring hundreds of millions of dollars in college funding for two hours Wednesday afternoon. But overcoming Republican Rauner's rejection of the spending required 71 votes. It failed 69-48.

The legislation involved $397 million for the income-based Monetary Award Program and $324 million for community colleges.