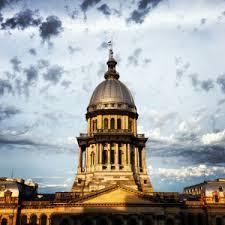 The Illinois Teachers' Retirement System says it expects a lower return on its pension investments in the next year. That means the state will have to cover more of the cost of teacher pensions.

Listen
Listening...
/
As Hannah Meisel reports, Illinois' Teachers' Retirement System lowered its expected rate of investment return in response to a 'volatile' global economy. The state, as a result, may have to kick in more to the pension fund.

TRS says it's still a good assumed rate of investment return at 7.5 percent. That falls in line with similar pension systems nationwide. But it's not as profitable as 8-percent, which TRS had been using for the previous few years.

Dave Urbanek is with TRS. He says the unpredictable nature of the international economy spurred the decision to lower the rate.

"We see a lot of volatility in the economy and it just became apparent that statistically, the system was less likely to be able to sustain an 8-percent rate of return on our investments," he said.

Urbanek says the state will have to kick in more money to TRS next year as a result. If the 7.5 percent rate would have been in place this past year, for example, Urbanek says Illinois would have paid out $500 million more to TRS.

A judge has blocked the Illinois pension overhaul from taking effect next month.

Pension Delay Comes Too Late For Some WIU Employees

The implementation of Illinois’ pension reform has been delayed by an injunction issued by a Sangamon County Judge.